This week’s found sound recording comes from another Voice-O-Graph record.

The Gang: The Chicken

According to the handwritten info on the label, it was recorded on August 30th, 1958 by “The Gang” and addressed to Marvin S. Sprong.

“The Gang” seems to be a group of Marvin’s friends who recorded this while on vacation. Unfortunately, the beginning of their spoken intro is cut off because they started speaking before the recording kicked in, so we’re missing some back story.

Marvin Sprong was a barber whose shop was at Barton Street and Fruitland Road in Hamilton, Ontario (I know this because of a mimeographed flyer that was tucked inside the record sleeve).

Earlier this week I watched Jean-Luc Godard’s Masculin Féminin (1966) and was delighted to see a Voice-O-Graph type recording being made by the Jean-Pierre Léaud character.

Léaud walks into recording booth (next to a photo booth in a bowling alley), inserts 2 francs…

records his message to his girlfriend for 90 seconds… 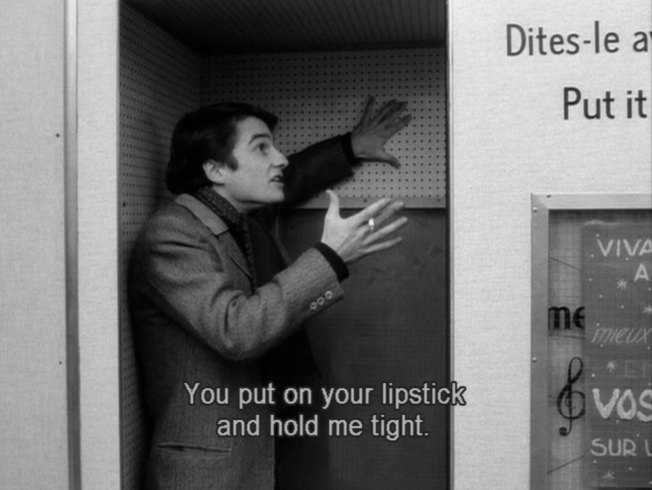 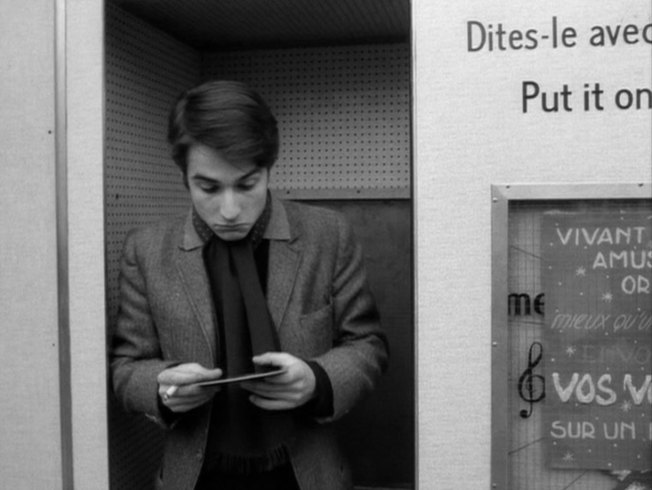 et voilà! The machine spits out his record.

A couple of very charming cassettes recorded by kids.

This one starts as “The Johnny Carson Show” and ends as “Nerds Anomynous” [sic]. 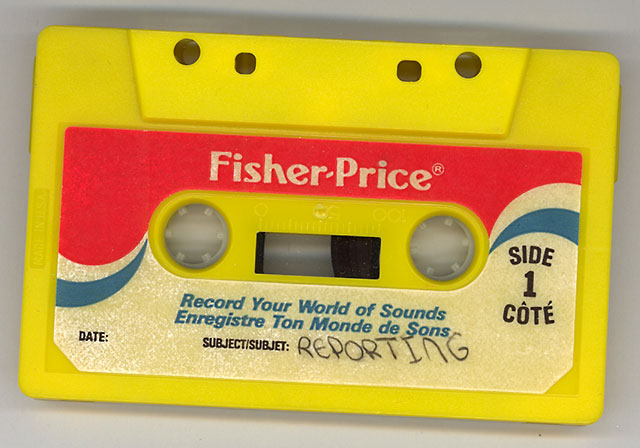 “Sports Hotseat” has interviews with “007” and “Tootsie” as well as a contribution by an oblivious adult.