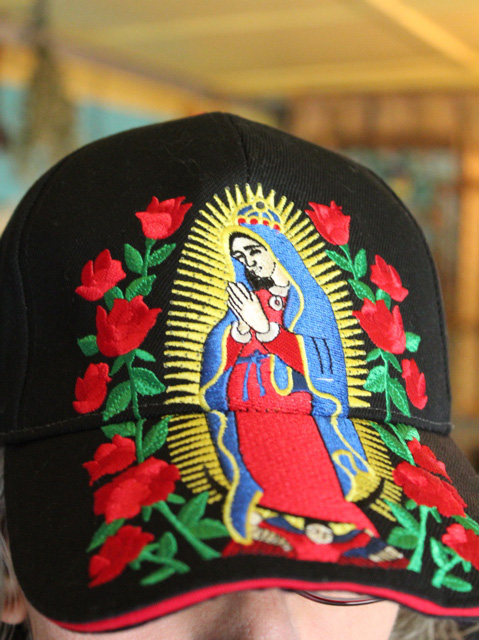 Nothing says pious devotion quite as much as a Virgin Mary baseball cap, right? That’s what I thought when I saw about a dozen of these babies at Value Village last month. I immediately notified my friend Marlena who has something of a Virgin Mary collecting festish as evidenced by the “Mary corner” of her studio: 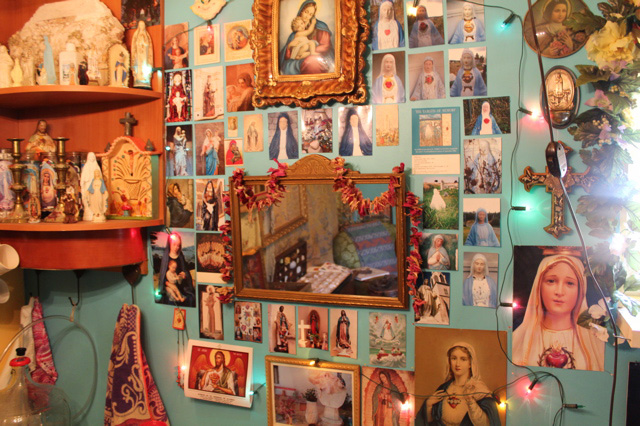 She thought the caps were quite beautiful and bought a couple. 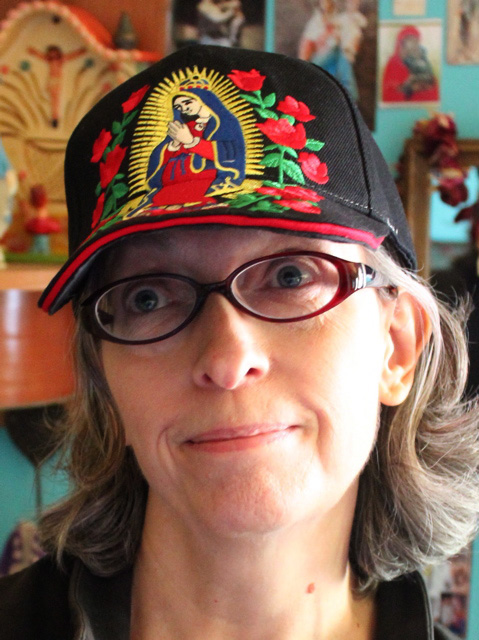 Just look how she glows when she has it on.

And speaking of glow, check out this video that Marlena sent me demonstrating a special feature of these hats that she discovered entirely by accident: